Alway walk towards the light: the evolution of a cathedral 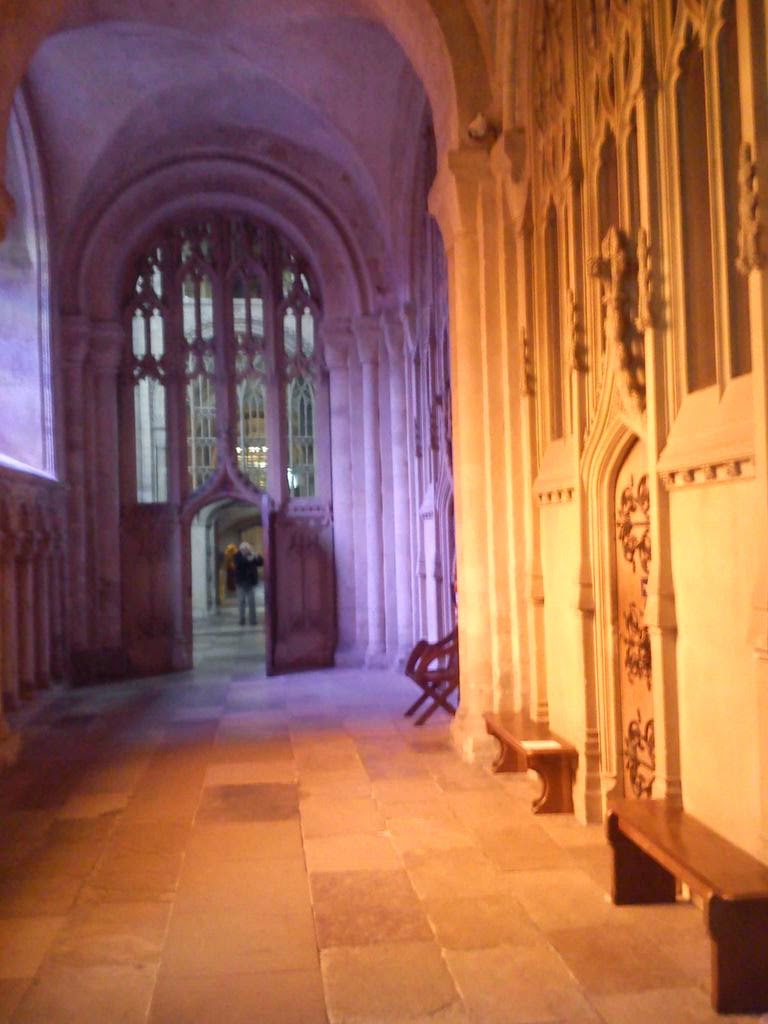 We were back at Norwich cathedral today to continue our survey work after a break of some months. A windy cold day, with the rain showers driving mist and spray across the cloister garth to splatter messily against the weathered stones. Not a great beginning. However, in the months we’ve been away a transformation has taken place at the cathedral. On the north side of the building three very new, and very modern, stained glass windows have been installed. They are not quite what you would expect in a medieval cathedral I suppose. All bright oranges, blues, purples and geometric shapes. They flood the north side with colour, spreading strange glowing hues across the stonework, changing as the light changes throughout the day. They add a level of mystery and wonder to an area of the cathedral which was largely a featureless thoroughfare. They bring out the warmth of the stone and highlight details and features that, in the past, I and millions of others would have just walked past without a second glance. They bring the dead stones to life.

As you can probably tell, I rather like the new windows. Didn’t really expect to that much, spending most of my time staring at the wonders of the medieval church, but I do. I like them a very great deal indeed (those who know me will tell you that, for me, such praise is gushing! I haven’t been this enthusiastic since they announced the return of Dr Who – and I was prepared to hate that too). During the day I made a point of returning to walk past the area of the new windows on several occasions. Watching how the light subtly changed as the sun moved around and how it, in turn, changed how I viewed the stonework. It was like watching a small miraculous evolution move across the cathedral walls. 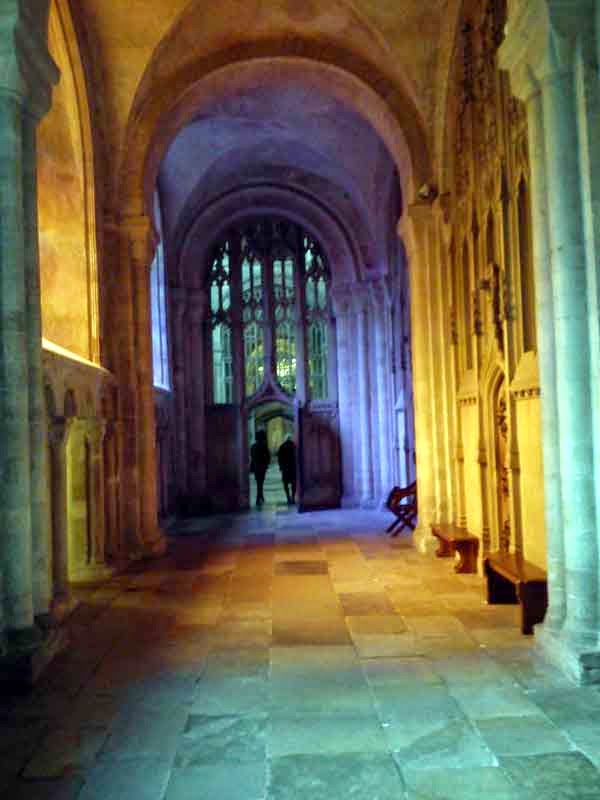 However, I soon came to realise that my love for the new windows wasn’t shared by all the visitors to the cathedral, and that my passionate liking for the way the light changed was just as passionately disliked by some. Overheard comments, snatches of conversation, disparaging remarks all made it clear that to certain visitors the new glass was as welcome as an unemployed Romanian migrant at a UKIP conference.
It was the change that seemed to cause most problems. One older male visitor was explaining to his companions (a couple of very long suffering women of a certain age and a very bored looking teen girl who was continually glancing down at the mobile in her hand – willing the signal to return) that it was almost criminal to have placed such modern designs into the medieval cathedral. It was making a mockery of the original building. He finished by asking his companions what the original builders of the Norman cathedral would have thought of the new glass?  Another visitor, a woman I recognised as a reasonably well known local ‘personality’, was overheard telling her female companion that the windows were lovely – but should be in an art gallery, or the forum, rather than in the cathedral. They were, in her words, “a bit much”. If there is a more a damning judgement to be handed out by the middle classes I’ve yet to hear it.
It was rather an odd experience really. A few years ago I’m pretty sure I would have been one of the ‘bit much’ brigade. Seeing the installation of the new glass within the medieval setting of Norwich cathedral as a ‘desecration’. The work of those who care little for our medieval past and wish only to memorialise themselves and their works in the present. But I don’t – and I began to wonder why?
I came to the conclusion that it was probably because I have come to know Norwich cathedral so very well over the last few years. In the last two years, whilst we have been surveying the walls for early graffiti inscriptions, I have come to know a very great deal about that particular ‘medieval’ pile of rocks – as have all the volunteers. We have peered, pried and poked around in areas that most people walk past without a second glance. We have followed fabric changes along lines of 500 year old mortar, compared masons finishing techniques from centuries past and numbered the very stones themselves. We have unravelled the story of Norwich cathedral wall by wall and stone by stone. And we have all come to realise that the story of Norwich cathedral is not the story I once believed it to be. 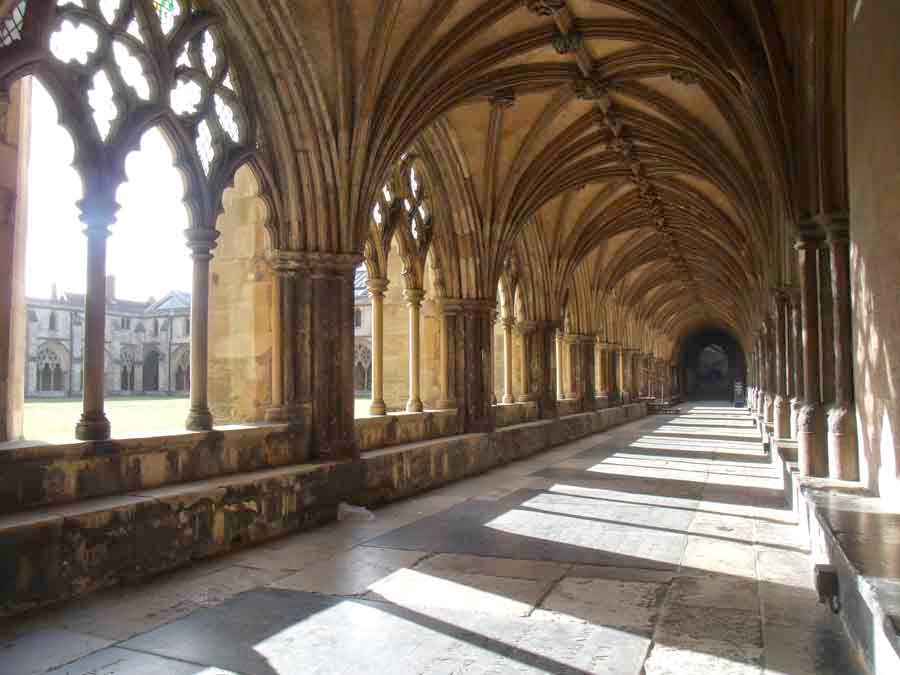 The problem I suppose is one of attitude and perception. To the average visitor, and even the regular churchgoer, the cathedral is seen as a vast and unchanging monument to the medieval religious world. Shades of Ken Follet’s grubby masons still haunt the darker corners, and each carved corbel and decorated niche reflect a medieval thought, idea and ambition. It is a grade 1 museum piece that is as it was – and as it ever should be. An aspic preserved, deep pickled, gherkin of the medieval mindset. The problem is that this perception, this idea, simply isn’t true. It isn’t true at Norwich cathedral - and it isn’t true of any other cathedral anywhere either.
What my close involvement with the fabric of the cathedral has taught me is that the building is a constantly evolving vessel of worship, practical needs and ambition. Whilst we talk of it as being one of the greatest surviving Norman cathedrals in England there are actually whole sections that you are rather challenged to identify even a single original Norman stone. It has been burnt down, struck by lightning, remodelled, rebuilt and re-shaped in just about every century since it was first built. Each new generation of custodians oversees an evolutionary process to match the building to the needs of their own times. The whole of the east end has been remodelled, the façade has been replaced, the aisles altered and in the cloister it is actually quite difficult to even find areas of complete medieval stonework. 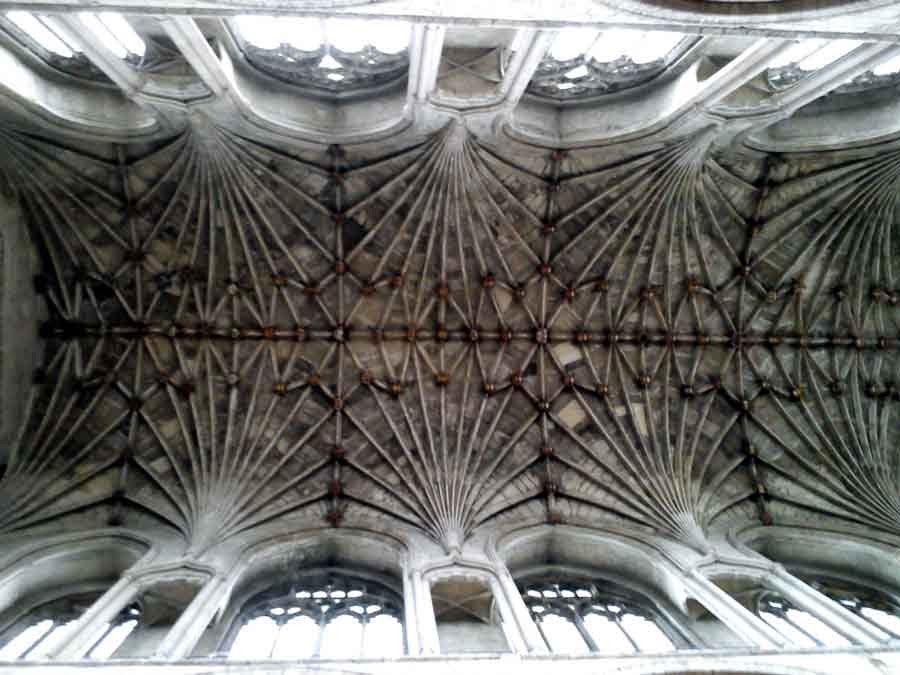 In the 15th century the spire collapsed, starting fires and bringing down the whole timber roof crashing into the nave and crossing beneath. The result was the new stone vaulted roof of Bishop Lyhart, with its world renowned roof bosses. Over 250 medieval roof bosses depicting scenes from the old and new testament that are unequalled anywhere in England. They are now one of the unique treasures of the cathedral, with visitors travelling from all over the world to crane their necks upwards and admire their painted beauty. Which is rather my point I suppose. Were there people in the 15th century who looked upwards at the new pale stonework in dismay? Where there those who felt that the warmth of the timber roof had been lost beneath the cold hard stone of the ambitious Bishop? Probably. There always are. But that new roof was simply one of many, many changes the cathedral has seen as it has evolved down the centuries. It is not, and never has been, a static building. It has never been finished and will never be complete. It will continue to evolve long after the teen girl gazing at her mobile has become a grandmother – and watched her own grandchildren wander through the soaring stonework of the cathedral.
And that is rather the point to remember here. The process is one of evolution – not revolution. The cathedral has changed once again. It will change again in the future. Long years after my dust has blown across the stones of a church somewhere in East Anglia, a new generation will be making changes to Norwich cathedral. Some people will love those changes; others will hate them. They’ll happen nonetheless and add a new chapter to the history of one of England’s finest buildings. 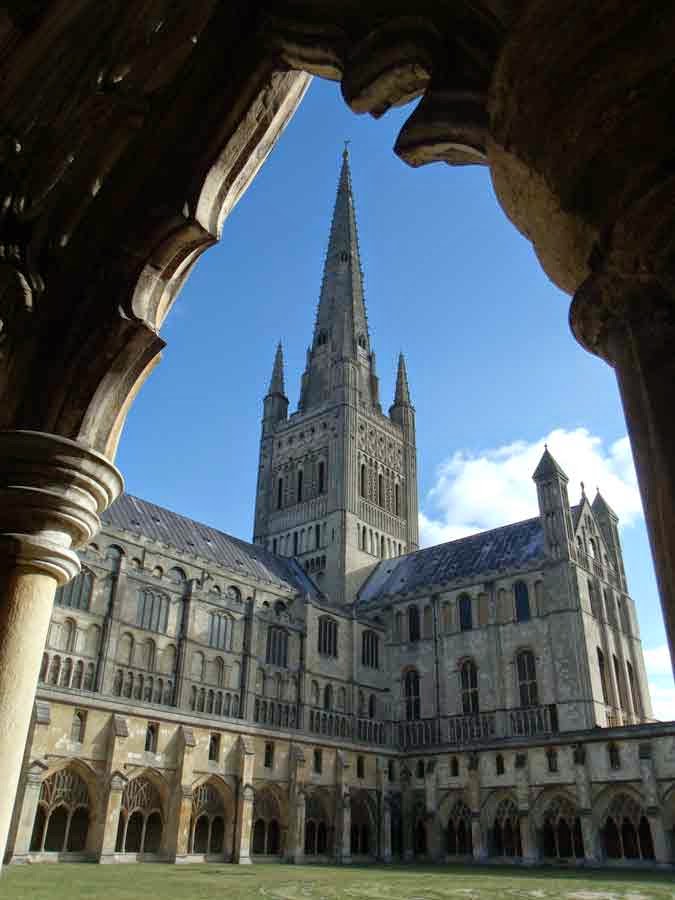