Today marks a bit of an anniversary - a boundary - a turning point. As of today I have 'officially' been studying medieval graffiti for six years. Six long, cold years of crawling around churches staring at the walls. Six long years of immersing myself in the history of our churches and people. Six long years of wondering why I don't have a 'proper' job. And so, after over half a decade it is time to take stock; time to add a little perspective, and time to assess what I have really achieved. 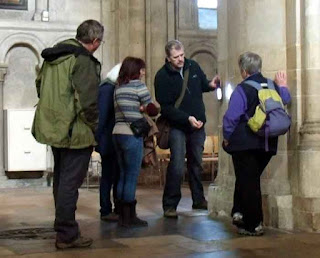 Well I can certainly say it has been an eventful six years. I've been part of a project or two that has made some amazing discoveries. Found secrets that were thought long-forgotten etched into the walls. Chased demons across the stonework, and traced medieval curses with my fingertips across the plaster. I have come to intimately know centuries-long-dead master masons, who left nothing in this world but the carved stones that lie beneath my hands, and touched the last and only markings made by the damned souls of heresy. I have found and recorded desperate messages of plague and despair, and messages of love and hope. All there, on the walls, waiting in the dark for centuries.

And I have come across some amazing people, both the living and the dead. The fantastic volunteers, friends and helpers who have, so to speak, shared the journey. I've met some real looneys too - complete and utter nutters - many of whom also fall quite happily into the 'friends and helpers' category - the others who are hopelessly still out there searching for Templar graffiti. I've also been very lucky. The projects have won a number of awards. Big shiny national awards. I've no idea where they are now obviously, as I 'think' I gave them to the volunteers, but it was gratifying to see all their hard work paid back, even in such a small way. And then there was 'The Book'. A bit of a surprise all round - being asked to write it being one of the most obvious - and then people actually paying good money to actually buy it. Oh, and the media stuff. That was all quite good fun too - even the stuff in the Daily Fail - as long as you never, ever, ever read the comments section obviously. And there was cake... lots and lots of cake. So, all in all, it has been quite a six years. An adventure in archaeology - and baking. 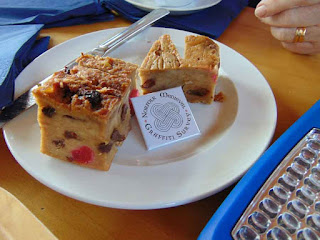 However, after six years it is time to question whether we actually achieved anything that we set out to achieve? Whether any of the questions concerning medieval graffiti and the people who made it, that we posed six years ago, have actually been answered. Are we really any closer to understanding just what is really happening on the walls? Or are we, like all those who came before us, just staring at the walls in the dark? Are we just fumbling amongst the hard stones looking for meaning? Well, we have certainly answered some questions, and made some quite startling observations.

In the first place, and probably most significantly, we now understand just how common medieval graffiti actually is. We knew when we began that there were a lot of examples out there, but the sheer quantity of inscriptions has been one of the most staggering aspects of the projects. In Norfolk alone we have recorded over 30,000 individual inscriptions, with an additional 5000+ in Norwich cathedral. Suffolk has produced almost as many, and images arrive daily of medieval graffiti from all over the country. New surveys are springing up as well, with almost half of southern England now involved, and organisations such as Historic England are now attempting to issue guidelines on how a graffiti survey should be undertaken. We are, in effect, looking at a whole new area of research. 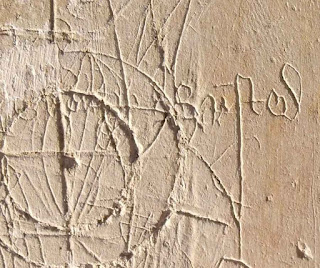 But have we answered any of the questions that we set out to examine?

Possibly, and possibly not. What I am clear on is that we have certainly generated one hell of a lot MORE questions. Things that would never have occurred to me, or probably anyone else for that matter, when we first began staring at the stones all those years ago. New questions that have pushed themselves forward as the masses of data piles up, and they are questions that, to be honest, we are going to need a lot more data to answer. In many cases we have answered the who, when and how? We have traced individuals across the stonework and vellum, charted their births, marriages and ultimate demise. We have recorded their marks on the walls, and tried to find their marks on this world. We have traced long dead rectors who recorded their own charitable works. We have recorded the militia musters that no other record shows as ever having happened. We have traced the tragedy of seemingly insignificant deaths; so significant to those around them, those who loved them, that they etched the very stones themselves. These questions we have answered. And yet, the bigger questions remain. The questions that bother me. The questions I ask in my head in the dark hours of the night. The question of Why?

This then is perhaps our task for the next six years. To go beyond the treasure hunting and gathering of individual marks on the wall. To understand not just the who, when and how - but also add a little flesh to those cold stone bones... there will undoubtedly be demons along the way...
Posted by Matt Champion at 23:44 No comments: