The 'magic of an old house: giving up our secrets...

The house was old. Older than almost every other house in the village, and almost as old, some said, as the village itself. It was built at a time out of mind, when England was too busy tearing itself apart in the bloody dynastic conflict known as the Wars of the Roses to worry about recording the building of a single humble house. By the time the Tudors came to the throne the house was already mature, had already been expanded beyond its early medieval origins, and grew even further as the bloated mass of Henry VIII dissolved the nearby monastery - giving locals free access to hard found, hard fought for, dressed stone in an area devoid of anything harder than clay lump. Monastery stone was built into a gable end. Narrow stone windows, that once lit a small monastic room where men dedicated their prayers and lives to God, now lit the brick spiral staircase to the second floor. Carved remnants of angels peered from dark corners, and fractured stone arches sat lopsided and irregular alongside neat Tudor doorways.

As more time passed the house grew again. The ravages of the Civil War passed by these windows, newly inserted into the medieval walls, and the great fireplace was in-filled and reduced in size as a new kitchen was built onto the southern face of the ancient stones. Puritans worked this land and left their marks, austere and unadorned, upon the house they lived in, casting baleful glances at the weathered stone angels of a superstitious past. With the coming of the Age of Reason in the eighteenth century, reason dictated that the house became larger still, with a dairy built on to the eastern end, and then extended upwards to form mean rooms for the farm servants. And so time passed, and the ancient house grew. No fixed pattern to the expansion, and no great overall design - just the piecemeal additions of generation after generation, as needs, finances and fashion dictated. What began as a simple pair of late medieval rooms, butted up against a chimney of monumental proportions, grew to become a great tumbling of floors, stairs, doors and rooms that made up a substantial Norfolk farmhouse.

It was, and is, an ancient Norfolk house much like any other. A house that held innumerable joys and countless tragedies. A house that had seen the coming of new life into this world, and the loneliness of a myriad deaths. A house of so many pleasures across half a dozen centuries, and where salt tears had stained the old plaster with despair and hopelessness. An ancient house, with an ancient history, sitting like a lead weight upon the rubber sheet of history. Drinking in each new experience, feeding itself upon the emotions of the lives that passed within its walls. Soaking up the human spirit until every timber, every brick, every pane of leaded glass, hummed with the resonance of the past.

This is the house in which I grew up. 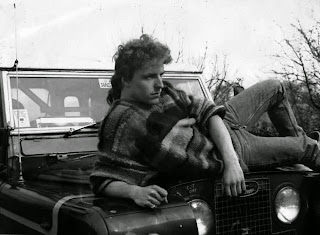 This was my home until my very late teens, and it was, as you will probably already be thinking, a privileged upbringing. Yes, I did have a brick spiral staircase that led to my bedroom. Yes I even had the odd arrow-slit from which I could view the straggling remains of a badly placed north-facing rose garden. Yes, there were vintage cars and boats. And barns and fields in which to have a crafty smoke, or an illicit snog with a girl from the village. It was, undeniably, privileged. And yet, my own childhood, just like the hundreds of others that passed between those old walls, also had its share of the mind numbing realities that the world forces upon us. There were the arguments, the fights, the dread horror of insecurities, and the dark patch of drying blood on tarmac and a white picket fence that will live in my nightmares forever. The old house took it all into itself; fed from the love and from the pain, and will still stand long after I am gone - a silent sentinel of the past. 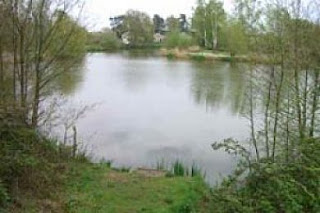 And this is the house where I first came across the concept of magic; an inbred and ingrained understanding that undoubtedly led me to the strange place in which I find myself today. The magic was not one of spells and witches, although there was still talk in the village of 'certain' families even those few decades ago when I grew up. This wasn't the magic of the text books, or of the bodice ripping historical novella. No, this was the gentle magic of the house itself. This was the magic of concealed objects, ritual protection marks, taper burns and 'lucky' coins secreted in the cracks of dark aged oak.

Now to disabuse you concerning my childhood home and upbringing. Yes, as I said, it was a privileged upbringing, but most certainly not one born of wealth. When my parents bought 'the house' it was a wreck; the result of generations of agricultural decline and before the birth of farm subsidies. It was run down to say the least. It had plumbing - just - but luxuries such as heating had never deigned to cross its threshold. Half of the house was actually derelict, and if you stood downstairs in the dairy, and looked upwards, you could see the stars. A few months after we moved in the main stairs collapsed, and there were whole areas upstairs where we weren't allowed to enter for fear of falling through the floor boards. The previous owners, showing unusually prescient good sense, had moved into a snug bungalow they'd built on the former tennis courts, leaving us to renovate the rambling wreck that was 'The Grange'. However, despite the ice on the bed clothes in the morning, the mice in the attics, and the general fear of falling through the floor, the ramshackled state of the house meant that we all got to know it intimately. We learned its secrets piece by piece, as layer by layer the artifice was stripped back and the bare bones of the past were revealed. Gradually, slowly, the house began to give up its secrets, to give up its magic.

The easiest to spot were the coins. If the light was in the right direction you could just see the dull coppery glow of them, pushed deep into cracks in the massive oak timbers of the ceilings and roof. As children we spent hours prizing them out of their dark and secret places, only to stare at the worn and faded heads of long-dead kings and queens. Some had been sealed in with candle wax or tallow, which made them all the brighter to young eyes when finally they succumbed to the digging of a persistent pen-knife. My grandfather told us these were 'for luck', and so that the house would never fall upon coin-less times - and each was carefully placed back where we had found them, wax rubbed smooth again with a grubby thumb to seal them in. Then there were the 'witch marks'; the strange motifs and symbols etched and burnt into the massive beam that ran across the fireplace. The beam itself was more of a tree-trunk, squared off and running over fourteen feet from side to side, that belonged to the oldest core of the ancient house. Here were to be seen conjoined 'V' markings and compass drawn symbols, initials and dates lying alongside, and often over the top. Some were gouged deep into the wood, whilst others were mere scratches that could only be seen in the right light. Symbols older than the house itself, and there to ward off evil, and keep the occupants safe from harm. Alongside these were the taper burn markings, ancient scorches in ancient timber, designed to protect the house from fire or lightning strike. Some were merely light burn marks, that could be argued away as a mishap with candle or hot poker, whilst others were so deep as to only possibly be the result of multiple and deliberate re-burning of the mark. A history of protection and folk belief in one aged beam. 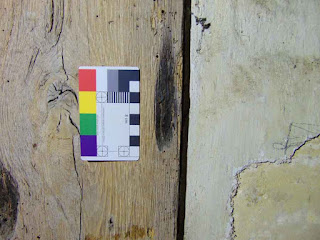 And then of course, as renovation dug deeper into the history of the house, and stripped back each layer and century, there was the great fireplace itself. When we arrived the great chimney breast boasted a small tiled 1930s fire surround and grate, looking tiny and unloved beneath a massive timber bressumer. My father and a friend determined to remove the modern replacement and 'open up' the great fireplace beneath. This they did, amidst clouds of soot and swearing, only to reveal another slightly larger fireplace behind the first. This then followed the path of the first fireplace, revealing yet another fireplace beneath... the Russian doll of Norfolk's architectural history. In all there were no less than six fireplaces all sitting inside the original, and seventh, great fireplace - and between the sixth and seventh fireplace it sat. A shoe, or more correctly an over-shoe or patten, dating back to the late sixteenth or early seventeenth century. Put there centuries before, by long-dead people who had lived in the self-same house as we did, to try and ensure that no harm befell them or their loved ones.

For years that patten sat on my desk as I did (or failed to do) my homework. I would stare at its minute stitching and beautiful curved wood, wondering who had worn it, and what had become of its twin. It was a talisman in difficult times, when my own family added to the losses and despair that the ancient house had seen. It was a charm in its own right, steering me towards the past. To where I am now. It was the magic that comes from an ancient house.

And where is it now? Does it still sit on my desk as I write, guiding me still? Or does it sit somewhere in a dusty museum store-room? Of course not. Just before I left that house forever, and put behind me the secrets of my teenage years, the patten was returned back into the care of the house itself. It was hidden. Somewhere secret. Somewhere safe.

Posted by Matt Champion at 23:09 No comments: