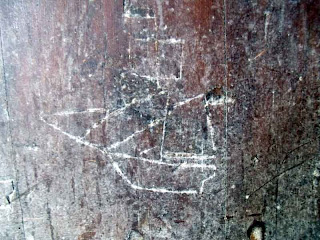 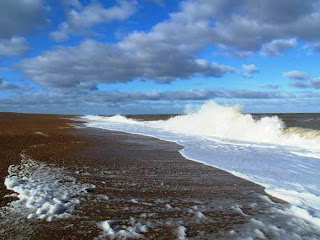 Posted by Matt Champion at 17:18 No comments:

The Churchwarden from Hell...

I spend a lot of time in churches. Hardly surprising considering what I do. As a result I get to see the ups and the downs, the best and the worst, of modern church life. As you may have gathered, if you’ve bothered to read any of the other blog posts, and there is no reason why you should, I’m not really much of a believer when it comes to the whole religion thingy. Too long spent as a historian I guess, always looking for the evidence trails, and an inability to take anything on blind faith. It makes belief and faith a difficult thing to come to terms with. Fascinating – but personally beyond my limited scope. As a result I suspect I am actually rather jealous of those who do have faith, and tend to take a great interest in those individuals who are willing to commit their time and energy to the church.

It’s really not unusual these days to hear, either in a newspaper article, on the radio or even over a pint, that the general opinion is that the church is dead. That the Church of England has had it. That congregations are dwindling, churches falling into decline and that, in reality, it’s only a matter of a few years before parish churches will be closing their doors for the last time. Well, I’d be lying if I said that wasn’t the case with some churches. There are East Anglian church buildings out there that have a congregation of two or three, are used for services only once every few months and remain locked and desolate for the rest of the time. However, they simply aren’t the norm. The Church of England that I come across tends to be vibrant, enthusiastic and pretty pro-active for much of the time (a little too pro-active when it comes to lime-wash upon occasion). Many of the churches that I visit are full of book sales, coffee mornings and children’s activity corners – where colouring and neighbourliness are as important as prayer and ritual. They are, in short, full of life.
This isn’t the result of any great groundswell of belief within the East Anglian church, but is simply down to one thing – the people. It’s the result of local vicars that care about their buildings, young mums who want a safe place for their kids to meet, retired people wanting a place to chat and drink coffee. Above all, it’s down to the churchwardens. Those individuals who give up hours of their time to look after these buildings, ensure that they are open, welcoming and as clean of bat droppings as is humanly possible. Doing what I do I have come across many dozens of these selfless and dedicated individuals. They may be a little reserved when we first turn up (“You won’t find any graffiti in our church”), but are soon enthusiastic supporters of the project that will do just about anything to help. They’ll turn up late in the evening to open a church for a night survey, go and borrow a ladder from a neighbour or simply turn up on a cold morning with a flask of coffee. They are the real treasures of the Church of England.
And then I met the churchwarden from hell….
It happened a few weeks ago when I was spending a day scoping churches in south Norfolk. All this really entails is me wandering vaguely around half a dozen or so churches, torch and camera in hand, carrying out an initial inspection to try and determine where all the good graffiti might be found. If a church comes up without any graffiti (a rarity) then it can get crossed off the list. If there is a bit present then it can be scheduled for a quick few hours one afternoon. If, as often happens, you find a church packed with early graffiti – then you just know that you aren’t going to make it to the pub for a few weeks.
It had been a good day really. A couple of churches I had visited had been real gems. The doors flung open, books for sale in the porch, happy ladies arranging flowers for a wedding, teenagers snogging and smoking behind the war memorial where they thought nobody could see them – and there had been a few good bits of graffiti too. Then I headed south to a church that I had been looking forward to visiting for some time. A big and often referred to Gothic structure slap bang in the middle of a big village south of Swaffham. The church is in all the guidebooks, famous for its medieval glass, magnificent tower and stunning memorial brasses, and from the photographs I’d seen the piers looked as though they could be hiding some really good graffiti. In short, it had potential. I arrived to find it magnificently situated in the middle of the village, rising like a great stone dragon above the surrounding houses, grabbed my survey bag and headed for the porch. 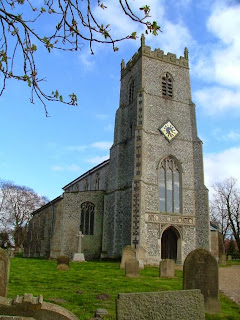 Posted by Matt Champion at 23:01 No comments: