This week is national volunteers week. There's no getting away from it. It's been splashed all over the place. If you have managed to miss this fact... now you know. It therefore only seemed fitting that we have a guest blog from one of our volunteers. I say 'one' of our volunteers - but Pat May is far more than just one of our volunteers. She is a small army of volunteers all wrapped up in a tiny and enthusiastic package. Although slightly 'challenged' in the height department, Pat just can't be stopped. She has single highhandedly visited hundreds of churches, taken thousands of photographs, made dozens of amazing discoveries - and can very occasionally be found eating cake with the Norwich cathedral volunteers. Very, very occasionally I can convince her to use a photo-scale (my fault apparently - the bluetack simply isn't compatible with the photo scales I supply).

So this is Pat's view of what discovering history and involving herself with our own heritage project means to her. What Pat might not realise though, is that her involvement in the project has come to mean a great deal more to a lot of people than being simply  a community archaeology volunteer. To many she has become a friend, to others a mentor - to all a valued colleague. She is an expert photographer and the standard by which others judge themselves. She is at times one of my greatest allies, and my harshest critic - and welcome in both roles. From her first days with the project she has radiated keenness - and now even gives talks on the subject.

So here's the thing Pat - I might not always remember to say thanks to your face - but I thank you every day in my head.

WHAT HISTORY/HERITAGE (AND MEDIEVAL GRAFFITI) MEANS TO ME

I was born under the stairs of the family home, during a WWII air raid on The Wirral, . A much loved only daughter. I had three older brothers, the eldest died in infancy. I was surrounded by a large extended family. A lot of testosterone ran through my family. I was a tom boy; climbing trees and lamp posts, the best at hitting and throwing a ball, a keen roller skater, and riding my bike with no hands. I hung out with the boys rather than with girls, I was never a girly girl. I wasn’t ‘bright’. At school my favourite subjects were History and English, and thanks to my teacher she brought the past to life and gave me a hunger for history. I left school before my 15th birthday. I had never heard of ‘O’ and ‘A’ Levels (although I am now surrounded by my own family, all with degrees!) I spent a year at learning shorthand, typing and other office skills. I worked from the age of 16, apart from time out to have 3 children (our second son was stillborn), until I retired at 60. 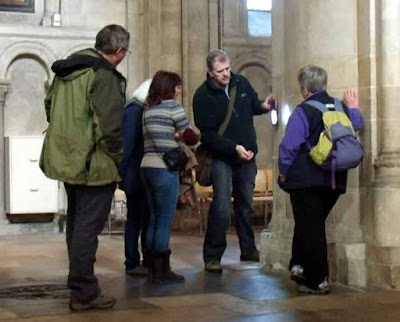 Since marrying Graham in 1963, and moving to in 1964, my life has been full and eventful, a lot of highs and some pretty big lows. With a baby and toddler we moved to in 1969, spending 4 glorious years in the sunshine. When we returned home again it was down to earth with a bang and it was back to work for me.

We ran a state education residential school boarding house for 12 years, when I was organising the running of the house and domestic staff, I was also mum to 23 teenage boys. There had been a tradition of boarding in our town for 400 years which ended when the house closed its doors for the last time when we eventually left. In 1990 Graham, as a Feoffee, was chosen to become Town Reeve, a position dating back to Saxon times. In our own way we have contributed to the history of our small market town.

For the following 12 years I was Secretary of a large primary school. I was also a hot air balloonist for some of those years. Graham and I retired together. We planned to do so much, and did for a while, including several theatre visits; visiting the family; plenty of walking; three wonderful and exhilarating holidays in . Graham, a retired Maths teacher, has always been involved in a variety of sports, local clubs and committees and, now retired, continues his interests and part-time private maths tuition.

When our children left home for university, and eventually married, I found loneliness and a severe case of empty nest syndrome kicking in. (Our son has 3 children and lives in ; our daughter has 2 children and lives in Hampshire). I took over the post of secretary for a club I belong to, helping to raise hundreds of pounds for charity. I put my heart and soul into this for 9 years. I don’t enjoy what is regarded as the typical housewifely duties of housework, cooking, gardening etc., and I loathe shopping.

You might ask yourself the question ‘what has all this got to do with history, and more importantly, medieval graffiti?’ Well, a hell of a lot actually. Medieval graffiti, to use the cliché, has given me part of MY life back. As a ‘not very bright’, frustrated historian, medieval graffiti is fulfilling the need to learn about our journeys through the centuries AND it is giving Graham and me a little time together again, as a couple. 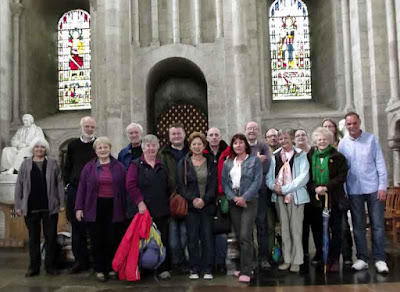 It really began about 4 years before I became involved with the Norfolk Medieval Graffiti Survey. A close family friend is a lecturer in medieval history and following her around and medieval churches I began noticing ‘marks’ in the stonework. I hadn’t a clue what they were and they intrigued me. She explained that they were masons marks. I wanted to know more. I was hungry to learn more. She gave me a book on English Medieval Graffiti by Violet Pritchard. That was it, my journey into our past had begun, but how do I take those first steps? I had no idea, not until I saw an article in a newspaper, with a photograph of Colin Howey and Paul Judkins showing graffiti in Litcham church, and a request for volunteers to survey for graffiti in Norfolk. Darn it, I was living in .

Although I tried to pursue my willingness to volunteer I was unsuccessful... That was until, through the Waveney Valley Community Archaeology Group, I met Matt, Colin and Paul at Bressingham church. We were a small group of WVCAG members, eager and enthusiastic. Although I had been using an LED torch we were shown the correct way of using the torch to bring to life the images almost unseen with the naked eye. I was immediately hooked. I clearly remember Matt showing us copies of the survey sheets and encouraging us to go and survey churches and find graffiti. And, like a bat out of hell, during the following months I went out, visited churches, surveyed and found graffiti.

I am embarrassed when I think how much my enthusiasm must have come as a ‘surprise’ to Matt. I thought there was a team of people, sitting in an office, receiving and recording all the graffiti finds. It took me some time to realise the ‘team of people’ was Matt, on his own. I bombarded him with survey forms and not-very-good photographs of graffiti, expecting praise. Not only did I receive praise, but also encouragement, which meant a hell of a lot to me.

I am having a ball, the best time I have had for a very long time.  For 2 years I have been a volunteer surveyor of graffiti for the Norfolk Medieval Graffiti Survey, and the more recent Suffolk Medieval Graffiti Survey. For one day a week, almost every week, Graham and I spend the day graffiti hunting. He is my chauffeur. I decide where we are going in after doing my research on churches which might, just might, have graffiti. We have driven to all corners of , taking our little dog, Millie, with us. Graham takes care of the dog while I survey each church. He also has his own tasks. He looks for any graffiti or scratch dials on the outer church walls. Eventually he comes inside the church with Millie. If I am busy with graffiti on the stonework he looks for graffiti on the woodwork and on the window glass. Also there is usually a supply of second hand books on sale and he tends to find one or two worth buying. Often we will have a pub lunch and, if time will allow, walk the dog. He too enjoys our day’s graffiti hunting. We are seeing as we have not seen it before. Beautiful churches in often beautiful towns and villages. Driving along picturesque lanes and enjoying the scenery. Needless to say our graffiti hunting is mainly done on fine weather days. Saying that, fine weather days can also be jolly cold! We have met some truly lovely people keen to know what I am doing with my torch and camera, scouring the stonework for signs of those graffiti images etched hundreds of years ago. 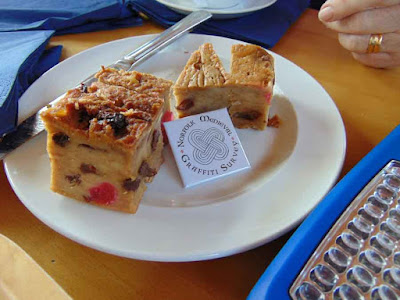 I am eager to learn and through graffiti this frustrated ageing historian is learning in a way I never thought possible. My confidence has soared as I am being invited to give a talk, with a Power-point presentation, to local history groups and various clubs. I am introducing them to the world of medieval graffiti. I have joined the volunteers surveying cathedral, also becoming a graffiti tour guide. With Matt I have taken part in training potential surveyors, and introducing them to graffiti hunting. Through Colin, and an invitation to join his camera club for a morning, I met Steve, a Master Stone Mason, and his apprentices. Briefly I glimpsed into his world and a lot of those medieval graffiti images began to make sense, as he explained the workings and responsibilities of the Stone Mason. I have just begun a 10 week course on English Palaeography Explored – Tudor and Stuart. Me? Who would have thought it!

I have found the most amazing medieval graffiti, one, or two, or more, of national importance.  Graffiti surveying is addictive; it certainly has the ‘wow’ factor.

Joining the Norfolk and Suffolk Medieval Graffiti Surveys has certainly enriched my life. The praise and encouragement I have received from other members, and the ethos of this community archaeology project
has certainly made this diminutive woman a much more confident and more historically aware and educated person (possibly less of the ‘educated’!)