Siena Part 2: A name, a place, a face, and a fleeting memory of glory.

There are those magical moments in archaeology, whatever part of the discipline you work in. The moment when you realise the true significance of what you are looking at. Be it a newly discovered artefact emerging from the earth, a moment of pure clarity as you come to fully understand how a building evolved, or that simple moment of realisation that what you are looking at relates to a real flesh and blood person, with the same sort of dreams and aspirations as yourself, but separated by centuries. We certainly don't do it for the money. 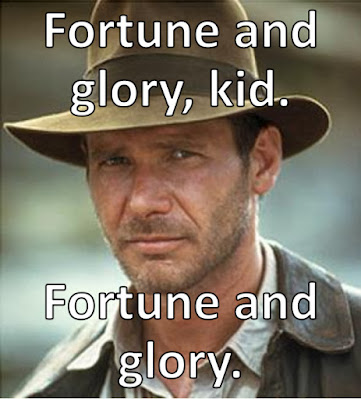 (Note: archaeologists are not allowed to keep any treasure they find. It's the rules. Nor are we allowed to blow up ancient temples, steal aeroplanes, fracture time and space, or mess about with occult forces. We are, however, allowed to punch Nazis. It's all swings and roundabouts really)

When it comes to the study of graffiti these moments are, as often as not, about understanding. Not so much just being able to identify an individual or mark, but rather comprehending exactly why that mark was made. Why they chose to create that particular graffiti, at that time, and in that place. We are, of course, always working blind to some extent. The person who actually made those marks has been nothing but dust and old bones for centuries. Their voice has been stilled. So we are left with nothing but the evidence in front of us. The place that they literally 'made their mark'. A lot of the time these markings don't even include a name, so whilst me may be able to understand some small part of the motivations behind their creation, we may never know who that individual was. We may hear the echoes of their voice, but it is an anonymous one. However, very, very occasionally even a simple marking on a wall can tell a quite remarkable story - and that is what happened in Siena. 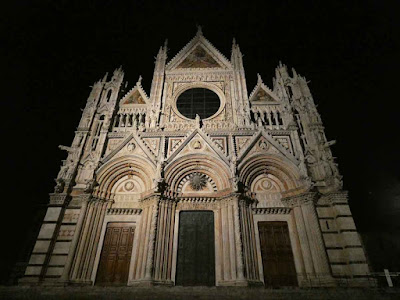 The graffiti in the crypt, and in the main body of the Duomo, is fascinating, and will be the subject of further study for many years to come. However, the real surprise of the whole trip was actually located on the outside walls of the main cathedral facade. Just to one side of the main doorway was a small and neatly cut inscription in gothic blackletter text. This alone would have been enough to catch my attention, as almost all the text on the walls and wall paintings of the Duomo had been created in the more local Lombardic style. Any gothic text was therefore likely created by a visitor from the north or west of Europe. It is that distinctive. The content of the inscription was even more intriguing, as it appeared to refer to an Englishman. And not just any old Englishman, but a rather well known one - John Wethamstede, Abbot of St Albans (d.1465)

So what exactly was the abbot of an English monastery doing in Siena? Well the simple answer is that he was there on official business, attending the Council of Siena in 1423/4. The Council was a gathering together of church leaders to discuss church policies, and was presided over by Pope Martin V. The council had originally been convened at Pavia in 1423, but a sudden outbreak of plague had forced its relocation to Siena later that same year. In historical terms the council made no great contributions to church history, and today it isn't even listed amongst the official list of ecumenical councils of the church. However, it was significant for Wethamstede and England in that it passed decrees against the followers of John Wycliffe - known as the Lollards - formally decreeing them to be heretics.

The general attendance at the Council was sparse, and Wethamstede was one of the few senior churchmen from outside Italy to attend. As an official representative of the English church he was accorded the honorary status of 'legate' for the duration of the Council - marked in the graffiti itself - and in many respects it was his moment to shine in the wider world of the European church. 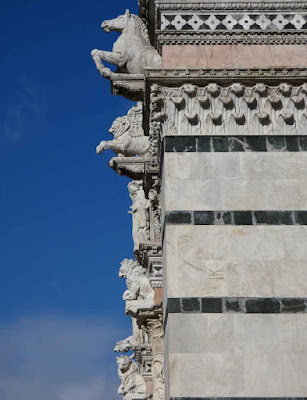 Perhaps this is what inspired Wethamstede to carve his name into the fabric of the Duomo? This was his big event. His moment of glory. For a relatively young man in his early twenties he was there representing England, and spending time in the company of the high aristocracy of the Church. He was already a power within his own great monastery at St Albans, and clearly someone of great ability, but this was his moment to be so much more than that. A moment where he talked with Cardinals, walked with Bishops, and had the ear of the Pope himself. A crowning moment of his life to date - and something that needed some form of commemoration. Something that physically tied him to this place, and this fleeting moment in time. Appropriating it for his own memory. 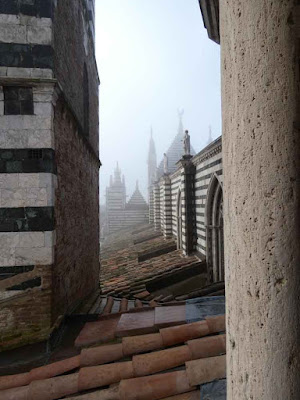 For me it was a strange feeling. Imagining that great man of history, standing in that very same spot as I was almost exactly six centuries later, and carving his name into the hard stone of the cathedral. He too was there during the winter time, so instead of walking the sun bathed streets of a Tuscan summer, he would have seen the same mist shrouded landscape as I. Leaving his mark, only for it to lay unnoticed for almost six hundred years. That night, as I packed to return home, I reflected upon the fact that when John left Siena in the spring of 1424 he had no idea of the future that lay ahead of him. Of the further chaos that awaited England and Europe. As it turned out, neither did I.

Wethamstede returned from Siena to St Albans where he lived out the rest of his life. I'd love to say it was a peaceful and uneventful one. But that was not to be. Much of his time was used overseeing the many building works at the abbey, and in multiple protracted lawsuits defending the rights of the monastery. He was also a noted scholar. His later years were also marred by the outbreak of the dynastic civil war known today as the 'Wars of the Roses' - the first actual battle of which took place in the streets of St Albans itself. When Whethamstede finally died, in January 1465, he was laid to rest within a fine tomb within the abbey, where he intended to rest in peace forevermore. It was not to be.

In December 2017 archaeologists from the Canterbury Archaeological Trust were carrying out excavations in advance of the building of a new visitor centre at St Albans cathedral (the former abbey), when they came across an unexpected human burial. The skeleton, which was missing much of the lower section, turned out to be the remains of Abbot John himself - whose exact burial location had been previously unknown. The remains of the skull were so well preserved that a facial reconstruction was possible, carried out by experts at Liverpool John Moores University. It turned out he looked like an elderly Wayne Rooney. Who knew?

There is no doubt that the skeleton uncovered by the archaeologists was Whethamstede. His remains were positively identified by the presence of three Papal Bulls included with the burial. These lead seals, that had once been attached to documents, were found to be the Papal Bulls presented to Whethemsteade over four decades before his death. The documents had been given to him by Pope Martin V, during his visit to Italy for the Council of Siena, shortly before or after he carved his name into the stones of the Duomo. Did he request that these objects be placed in his grave? Were they his own way of ensuring eternal salvation? His passport through the pearly gates? Or were they simply an old man's sentimental souvenirs of the excitement of foreign travel, and memories of a grand meeting? We will never know. That secret John Whethamstede took to his grave.