The death of heritage (part 2): playing in the ashes of the past...

It is a recognised historical fact that there are times when people are more likely to create graffiti than others. Times when society is under stress, when things are going wrong, and the people feel helpless to do anything about it. They are invariably times of conflict, either physical or social, which we term 'chronological hotspots'. Just as there are places and locations that are more likely to attract graffiti than others, there are also period of history too. You'll recognise the dates in many cases. 1939-45, 1914-18, the middle of the seventeenth century, the middle of the sixteenth century - and of course 1349. Put simply, when things go bad, when chaos comes knocking, people start writing on the walls. 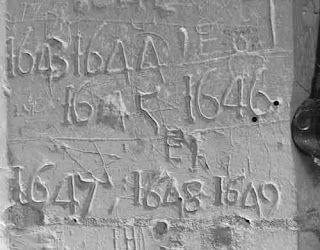 I'm expecting a really good crop of graffiti from the last week. A large and REALLY good collection.

The last week has been... interesting. Interesting from many perspectives. From an outside historical perspective it has been totally fascinating. Watching a society once known for its tolerance and pragmatism collapse in on itself; the very last act of a dying empire. Once the empire is gone, as history invariably shows, the centre-point upon which it was built will implode like a dying star. The last days of Rome played out on the world stage.

But leaving aside the politics, the blatant lies and the deceit, what will this actually mean for history, heritage and archaeology in England (and you'd better get used to calling it England rather than the UK)? Well, all the experts have spoken. Obviously there are many of you out there who won't be interested in hearing. You've heard enough from the 'experts' after all. However, for those that are interested, for those that aren't trying to drown out the surge of rising choas by sticking their fingers in their ears and chanting "we won our country back" (contrary to the evidence), then it makes pretty interesting reading. 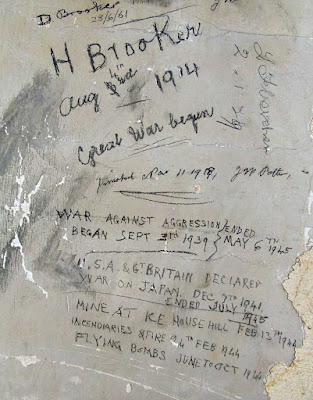 Firstly there are the effects on commercial archaeology. Less work and cancelled contracts. Simple as that. As construction and house-builders have already taken a massive economic hit contracts are being put on 'Brexit-hold'. This may of course just be temporary. It may not. However, it doesn't really make a lot of difference for the diggers who don't know if they'll be working next month, or the month after that, or the month after that. They will suffer or they will be gone. The likelihood is they'll suffer AND be gone. And this isn't a prediction for the future here - it's already happening. It's been happening since last Friday morning. And that isn't even touching upon the archaeological protection currently being offered by EU legislation...

Then there are the academic projects. Those projects based on universities and institutes of higher education. Well they've already spoken about this. They are devastated. With a massive proportion of university project funding either coming directly from the EU, or using EU monies as match funding, the impact is going to be significant. Project are already being cancelled - and you don't have to take my word for this. Over the weekend the Society of Antiquaries of London, one of the foremost historical institutions in the country, asked its Fellows for their opinions. You can find the results here - and it doesn't make pretty reading. So what you might think. What's a few less academics to the world? Who needs more experts? 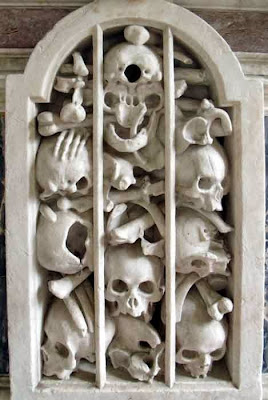 And then there are the projects like this one. The medieval graffiti surveys. The 'peoples' projects that have jogged along with minimal funding, and certainly nothing from the EU. Trying to help real people get involved, discover their own history, and do 'real' archaeology.  Surely they'll just carry on. Business as usual. Thing is, it isn't as simple as that. What little funding we do receive comes from the Heritage Lottery Fund (God bless 'em), and as EU funding drains from elsewhere then there are going to be significantly more calls on the HLF for funding. Calls from big, high profile organisations, with whole teams just dedicated to writing funding bids. The trickledown effect simply won't trickle down to many of the smaller community based projects. To an extent this was already beginning to be the case. Austerity had seen to that. Now it is going to be even more difficult for those smaller projects.

I'm really only just touching on a very few obvious areas here. There are so many more consequences - many of which will only become apparent over the coming weeks. This is going to impact on county heritage service, on museums, on libraries and art galleries. So, all in all, it isn't looking great for heritage and archaeology. It'll be great for historians in the future obviously. Those who sit down to write the books about what just happened, what is still happening, what is still to come. They will have a great time. They can talk of 'a country rudderless and adrift', the rise of xenophobia and the far right, and talk of 'history repeating itself'.

I suppose this should at least then leave us with one clear lesson from all of this. History is great to study - but really rather crap to actually live through. You might want to ask the Polish checkout girl in Fakenham Tesco's some time. The girl whose family fought alongside the British in the darkest hours of 1940, and who has been told no less than six times already today to "go back to where she comes from". As for me? I'm still angry at the moment. Angrier than I have ever felt before. Angry at a future stolen by a couple of Eton schoolboys who got ambitious, and went from pig screwing to screwing a whole nation. Angry that a schoolboy spat has torn a country apart to the extent that the words 'civil war' are not being used to describe a historical event. Angry at the stupid baby-boomers - who were given everything by the generations that came before them - and stole everything from the generations yet to come. I'm angry at a system that can spend months pedalling lies - money for the NHS, reduced immigration, free trade - take your pick - and then simply laugh at the voters and say it was all a mistake.

So, if you do see any really good referendum graffiti, or anything really good on the walls over the coming months (apart from the blood obviously), then please, please feel free to drop me an email...