Time for Mass and kicking tradition up the arse.

The problem with spending quite so much time immersed in medieval graffiti is that, despite my very best intentions, it does tend to raise far more questions than it answers. What once appeared relatively simple and straightforward suddenly becomes, under the weight of masses of new evidence, highly questionable. Although, in retrospect, describing any of this as straightforward in the first place is probably pushing it a bit. Or a lot.


I suppose this is the same problem that faces anyone working in a relatively new area of study. A severe lack of reference points - and those that do exist, you discover, are built upon foundations of sand. If you are lucky. Whenever I give a talk or present a paper I always make a joke of the point that I tend to use the term 'the current theory is', or 'it appears likely', rather a lot. Sadly I'm not joking. Think about it. Here we are, faced with a massive new corpus of medieval material, with almost no reference points. There's only ever been one book published on the subject; and even the author herself admitted that that particular work was hardly blemish free. We are blindfold, in the dark, groping from one hand-hold to the next. Can it get any more difficult? Well, yes, it can actually. It gets worse at the point when you realise that the hand-holds you were using to guide you actually turn out to be as insubstantial as smoke. That all the 'taken as reads' haven't been, and that all the accepted wisdom actually refers to the same untruth or misconception just being repeated long enough and often enough.


So where do we start? At which point do we begin to pull out bricks and see just how many we can remove before the structure collapses around our ears? Mason's marks? Pilgrim crosses? Medieval board games on the walls? Nope. Let's begin where it all began. Where the study of graffiti inscriptions, in a rather odd manner, actually began - with Mass Dials. 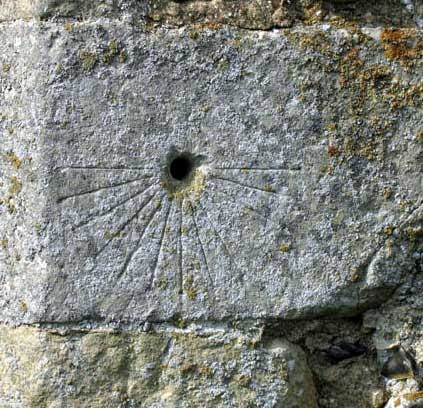 Now just about everybody who has taken the time to wander around a few medieval churches will have come across these distinctive little markings. Also known as 'scratch dials', they are most usually to be found on the south side of the church, scratched in to a buttress, sometimes near the priest's door into the chancel and quite often inside the porch. The traditional interpretation is that these are simple sundials; designed to inform the congregation of the time that the daily mass would begin. They are also one of the few areas of inscriptions in church fabric that have received any level of formal study. Indeed, there is a whole sub-group of the British Sundial society that goes around and records these early timepieces - and therein lies part of the problem.


Putting aside the question of dating these inscriptions, where tradition states that the cruder the manner of execution the earlier they are likely to be (based upon absolutely no evidence whatsoever as far as I can see), the real problems begin to occur when you examine the traditional interpretation as to their use. They are, in many instances, very clearly sundials - designed to mark off the hours. However, there are rather a lot of examples that simply don't fit the pattern - and raise some really quite interesting questions. In the first place there are those actually found within porches - most usually carved into the framework of the south door. The traditional interpretation is that these were actually in place prior to the porch being erected. Then there are those on the north side of the church; where tradition states that the stone has most probably been moved or re-used. Then there are those found inside the church itself - where tradition states that the stone has again been moved or re-used. That, in short, is rather a lot of 'tradition' - and appears to be a very convenient way of avoiding asking some really quite important questions. 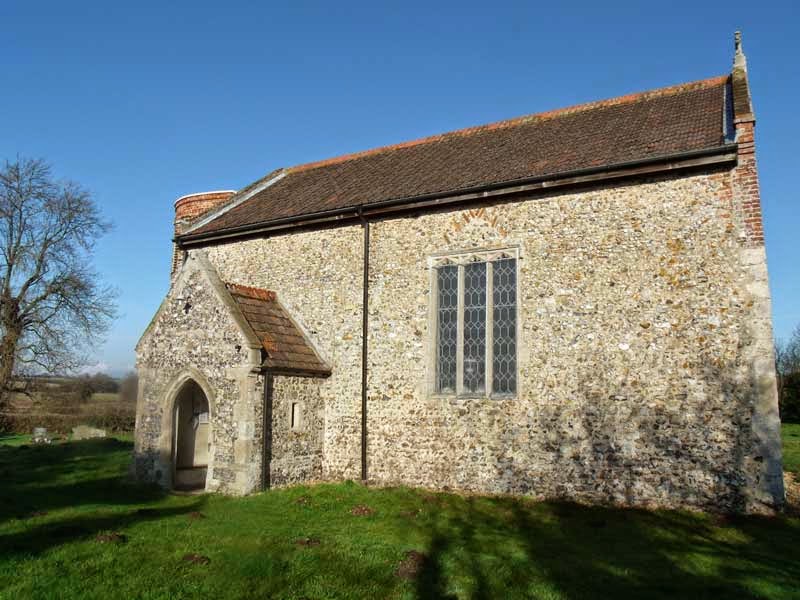 Just examining one particular site can highlight exactly how weak the traditional interpretation really is. Let's take one church - Worthing in Norfolk - a tiny and isolated church set in the Wensum valley. The church is an ancient one, with a round tower and many early Norman features, that has seen much change and alteration over the centuries. On the south side, now covered by a late medieval porch, is a most striking and beautiful early Norman doorway - into which are inscribed at least three mass dials. Yes, you heard me - at least three. Ok, so let us agree with a little tradition - and assume the mass dials were inscribed prior to the porch being built (see, I can be reasonable). Why then are there three identical dials? All appear to be to the same standard, and incised in a similar manner - so why do you need more than one? What are they doing? Showing the time in London, Rome and Jerusalem? I think not.

And it isn't just at Worthing that these supposedly simple dials don't fit in to the traditional story. I see too many examples of multiple dials, dials set on the north side of the church, or even inside, to believe that all of these are re-used or moved bits of stone. The weight of actual observed evidence would appear to be leaning against a convenient tradition. Yes, many of these are simple time-keepers located in the right place - but many, many others don't fit the pattern.


So what is going on? What was the function of these familiar markings on our medieval churches? Well, to be honest, I really can't say. I can make a few suggestions based upon what I have observed, but I don't have any hard and fast answers. Not yet anyway. All I can say is that the traditional and accepted ideas associated with them are no longer, if you'll excuse the pun, set in stone. We have to throw tradition out of the tracery window and begin to look at the actual evidence with fresh eyes. We have to begin to question what has remained unquestionable and no longer accept 'accepted wisdom'.


And don't even get me started on pilgrim crosses...
Posted by Matt Champion at 10:16